A Step in the right direction : The European Parliament’s EU-Africa Report 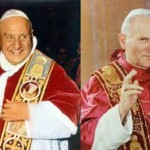 Caritas Africa and Caritas Europa welcome the report adopted today by the European Parliament outlining its vision for the future of EU-Africa relations. The report comes one year after the European Commission’s initial proposal for the thematic areas and priorities of the new EU-Africa partnership, and represents a key milestone in the lead-up to the 6th African Union-European Union Summit. We now urge EU decision-makers leading the next steps of the negotiations to keep the essential proposals made at the core of the new partnership framework.

The European Parliament’s report brings a much-needed change in course by systematically integrating equality into most domains of the future EU-Africa partnership, an approach that was completely missing in the Commission’s proposal of early 2020.”

The initial proposal acknowledged inequalities as one of the major challenges in Africa but it neglected to acknowledge  any risks of its proposed actions further exacerbating inequalities, nor did  it suggest concrete steps to actively foster equality.

One of the areas in which the Parliament’s report brings such positive change is the way it addresses private sector engagement, a topic that was repeatedly mentioned in the Commission’s initial proposal and is behind a growing trend in international development.

While the Commission’s proposal overlooked the inherent risks in involving the private sector when it comes to promoting the public interest, the European Parliament’s report explicitly recognises that considerable progress still needs to be made to avoid corporate abuse.”

We strongly believe that ensuring respect for the principles of corporate social responsibility, human rights and environmental due diligence cannot be taken for granted but need to be formalised as a high priority.

The Parliament’s report also emphasizes that private sector investments must serve the local market and population – rather than European companies – and target those with little access to financing and social economy businesses. We regret though that the report’s approach to private sector engagement does not include ambitious enough proposals to change unfair trade practices that undermine local African economies.

The Parliament’s position also helps pave the way to more equal societies by indicating that human development – a concept almost entirely missing in the Commission’s initial proposal – should be one of the highest priorities. We welcome the Parliament’s view that the EU should contribute to this process by supporting African countries in strengthening their social protection systems, formalising all economic activities, ensuring decent work, and enabling universal access to quality education and healthcare. In fact, in the context of COVID-19, prioritising human development is more important than ever, and Caritas urges not only the EU to heavily invest in human development, but also African governments to do so. Moving forward, it is crucial that the EU demonstrate its willingness to prioritise human development, notably by waving patent protections on COVID-19 vaccines.

These are not minor details but key standards defining the kind of development the EU should foster and for whom, and that highlight the need for strong mechanisms aimed at ensuring that the Africa-EU partnership truly benefits, first and foremost, the people left farthest behind. Such mechanisms are needed in all thematic pillars of EU-Africa relations.

As outlined in our Caritas Africa-Caritas Europa joint position paper of May 2020, we believe that the added value brought by the EU to its partnership with Africa will depend on EU and African leaders’ political will and ability to foster human development, redress imbalances and promote social justice. As civil society representatives connected to voices on the ground, we are eager to continue to contribute to this process and to help build a people-centred partnership that is inclusive and accessible to all.